Mill Creek Entertainment unleashes another economy movie pack for movie fans, with a five movie DVD Collection. It’s another re-purposing of films already in their library, but for its price it might be worth it for folks interested in experimenting. Featured in the set is “Hands of Steel” featuring a cyborg assassin that is programmed and sent by a corporate industrialist to kill an environmental scientist who plans stop his unsafe work. When the cyborg gains a bond with the scientist, he has to fight the man that created him.

END_OF_DOCUMENT_TOKEN_TO_BE_REPLACED 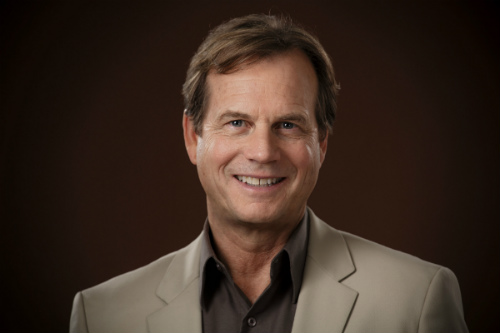 Bill Paxton could play any character. He could play anyone, at any time, from anywhere. He was a cowboy in the old west, he was a soldier in the future fighting aliens, he was a tornado chaser, a leather clad vampire, a slimy car salesman, an obnoxious big brother, a dad burdened with the knowledge of demonic entities, a punk, et al. He could be anyone. I am one of the many kids who grew up watching Paxton give riveting performances on film, no matter how big or small the role was. Paxton was a man who could appear in any time period on film and you bought his performance and his place there.

By all accounts, Paxton was a very nice and warm man who loved his fans, and treated everyone with immense respect. I was born in 1983, so I was old enough to remember a time where Paxton was in a lot of movies, and was a constant face on film. He’d just pop up, and it was a pleasant surprise every single time. Paxton even helped invent a ton of imitators who would walk around screaming “Game over man! Game over!” over and over and over. It never got old.